Top 5 Wednesday was created by Lainey at Gingerreadslainey. Every week, book reviewers all over the world are given a bookish topic and respond with their top 5 books (or elements of books) that relate to that topic. Click here for the Goodreads group if you would like to learn more about Top 5 Wednesday and join in!

This week’s Top 5 Wednesday topic is the top five books that were disappointing eye candy—so basically, books that were more enjoyable to look at than to read. I have this tendency to walk into the library and randomly grab books that have eye-catching covers. This can be a good thing sometimes because I have found some fantastic underhyped novels with this method. However, that also gives you a higher probability of reading a lot of not so great novels as well. Here are a few books whose covers drew me in, but whose stories ended up being rather disappointing.

This has got to be one of my favorite covers of all time, and honestly, this was the best read of this entire list. I did not completely dislike this novel, I was just disappointed with it overall. The concept was incredibly interesting and the writing was absolutely fantastic, which in itself has made me want to continue on with this series. I had more issues with this first novel than I expected to have, but I do believe there is a good chance many of them may be resolved as the series progresses.

4. The Boy with the Cuckoo-Clock Heart by Mathias Malzieu 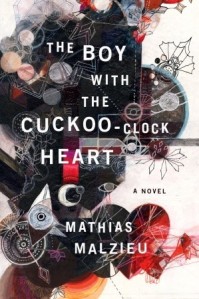 I will admit, I picked this one up almost solely on the beautiful cover. The concept for this novel was a very interesting one, but the actual execution of it left a lot to be desired. It began solidly, but about halfway through, the story just started to feel like it was going nowhere. I was never able to become fully invested in the lives of the characters, and the events of the plot did not have the intended emotional impact on me. It was a fast read, but this novel did not end up being my cup of tea.

After all the wonderful things I had heard about her work, I had been meaning to read a novel by Holly Black for a long time. This was the one that had been on my radar the longest, so I chose it as my first one. While the story had a promising and—as the cover implied—creepy start, the feel of it quickly changed. It was far less of an eerie story than I was expecting, which was incredibly disappointing. That, coupled with a cast of characters I couldn’t bring myself to like and frustratingly unrealistic circumstances caused this to be an unsatisfactory read for me.

2. A Little Something Different by Sandy Hall 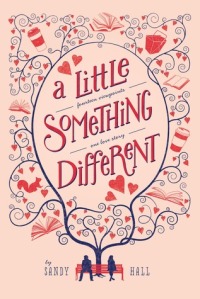 This was one that I had heard a little bit about prior to reading it, and the cover really sealed the deal. In hindsight, I’m not overly shocked that I disliked this book; I typically never enjoy contemporary romance novels. However, the fact that it was to be told from fourteen different points of view really had me intrigued. That aspect of it was creative, and I did like a number of the voices quite a lot, but it was a bit excessive. I felt far too disconnected from the story, and I couldn’t get myself to care enough about the main characters. On top of that, the progression of the romance became extremely repetitive and frustrating, to the point where everything about it was completely implausible. I applaud the author’s creativity, but everything was just slightly too over the top.

1. The Unfinished Life of Addison Stone by Adele Griffin

I had heard next to nothing about this, but I loved the cover, so that was definitely the main reason I picked up this novel in the first place. The synopsis sounded fantastic and my hopes were very high for this book. However, it ended up being absolutely nothing like what I had expected, and what should have been an intensely intriguing story ended up feeling like reading a pile of paperwork. They story was very dry and the characters were all fairly dislikable. The visual aspect of this novel ended up being the only really positive thing about it.

What are some books that ended up being disappointing eye candy for you? Let me know in the comments!